Back in January of 2013 when I was setting up my first RE appointment, I asked specifically for an appointment in March. This was to give both Arthur and myself some time to complete testing, take a vacation we’d already scheduled and paid for before we realized how serious the situation was, and to allow us to come to terms with the fact that we were now at a new level of intervention and care for infertility.

I also ordered some books to read during that time, one of which was Silent Sorority: A Barren Woman Gets Busy, Angry, Lost, and Found by Pamela Mahoney Tsigdinos. This might have seemed an odd choice for someone just starting their infertility journey, who hadn’t even had an IUI or an actual RE consult at that point. It’s also worth noting that the prognosis looked fairly bright, as the problem appeared to center mostly around lack of ovulation and at 30, I was fairly young. The theory went that if I could ovulate, I could probably conceive a successful pregnancy.

By that time, I’d heard the media and people talk about IVF like it was no big deal, that if I really wanted to get pregnant, technology would make it possible. I wasn’t so convinced. I knew how much emotion I’d felt when I’d gotten the PCOS diagnosis, when I’d been referred to an RE, and I had a feeling that this wasn’t going to be so easy.   At the time, I had sort of started to blindly feel around the very outer edges of an idea sitting amidst the whole infertility mess.

I had this vague intuition that the worst outcome I could imagine didn’t end with Arthur and I never having a child. Don’t get me wrong: that idea certainly was, of course, distressing for two people just starting to navigate the treacherous currents of infertility, weighing treatments and whether or not we wanted to look into adoption. But I knew, deep down, there was something much worse.

It was this: we would never figure out a way to live beyond the damage infertility had wreaked in our lives. That we would lose ourselves, each other, and everything we’d worked to build in a never-ending quest to have a baby.

Then I entered treatment.

It’s strange the tricks that treatment can play on your mind. Even though I’d gone in with what I thought was a healthy set of boundaries, before I knew it, I’d taken the headlong plunge down the rabbit hole into a world of injections, IUI, IVF, and total desperation. It’s amazing how one treatment segues into the next, how the previously almost incomprehensible idea of doing IVF suddenly starts to look like the shining beacon of hope.

Magical thinking took over my brain entirely. I felt as though if I even considered the idea of doing all these treatments and ending up without a baby to show for it, my treatments would fail. I needed to be more positive. Not think about the other potential endings to the story. Because if I even thought about the possibility of a treatment not working, it wouldn’t work. Then I’d feel guilty if I did think about it, and when the next cycle failed, I’d find myself wondering if something I’d done had caused me not to become pregnant.

This, of course, is patently ridiculous, but desperation and fear do awful things to the mind. And honestly, if my thoughts are so powerful as to actually manipulate things like embryos or my ovaries in the physical world, I’d have done it already.

The December miscarriage changed everything.

There was nothing I could have done differently to make that pregnancy work. I had diligently taken my medications and religiously followed every restriction. Except for a few quiet moments of guilt spurred by the incredible sadness, I knew I had given everything I had to keep the pregnancy healthy. There was nothing I or medical science could have done to prevent the loss.

I recently went back and reread Silent Sorority. As I read Tsigdinos’ words describing why and how she came to the decision to leave treatment and live without a child, I knew this wasn’t as theoretical an idea as it had once been. When I had first read the book, I had a number of options for treatment in front of me. Now, having been through some of the most advanced treatments that medical science has to offer for infertility, it’s much more of a possibility that Arthur and I will walk away from this table with no lasting pregnancy or child to show for it.

I needed to know that there was a life – a good life, a life worth living – if I could never become a mother. That there existed a place where it would be okay to stop treatments, not be able to adopt, and move on. I am profoundly grateful to author Tsigdinos (and others as well) for stepping forward and demystifying what life looks like after an infertility journey without children.

For the first time in our entire infertility journey, we have no obvious forward path. We have plans to meet with Dr. E in June for a follow up, and hope that maybe he can answer some of the questions we have about our IVF failures. I think at this point, both Arthur and I have a sort of tentative plan to do one further fresh IVF if Dr. E doesn’t have some sort of new information that would give the whole thing a much lower chance of success than we were hoping. We occasionally talk about the idea of adopting, but right now, the idea of doing all we would have to do – moving, saving up, completing the mountains of paperwork, working through our grief in a meaningful way – is simply overwhelming.

Arthur and I sort of accepted that when I got the PCOS diagnosis, the question about having children was an ‘if’, but there were a lot of options that made it feel a bit more like ‘when’. Perhaps in so many ways, that is one of the greatest losses that comes with this latest miscarriage other than the loss of the pregnancy itself. Suddenly, the question really has changed – at least in my mind – to ‘if’.

We’re both starting to see far more clearly what it is that Tsigdinos articulates so well in Silent Sorority: that there is a place where you realize you simply have to stop in the quest to have a child. The cost is too high. It might be financial, it might be emotional, it might be your relationship, it might be other dreams you finally realize you can’t sacrifice for “maybe”. It might be all of the above, or it might be something specific to you alone.

I genuinely don’t know right now where that place is for us. Is it after another IVF?  Is it further down the road?  Is it if there are more physical issues discovered?  What kind of adoption options would we consider?  I suppose the next leg of the journey probably has something to do with figuring that out.

12 thoughts on “Counting the Cost”

We transferred our final PGS-tested genetically normal embryo in October 2019, but the pregnancy test came back negative. A pregnancy conceived without fertility treatments ended in miscarriage at 8 weeks in July 2020. 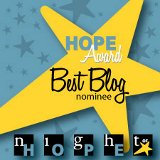 Information here is to facilitate discussion, intended for your reference and cannot substitute for a physician's judgment. No information on this site is intended to diagnose or treat medical conditions. Your doctor is the best source of information pertaining to your treatment and condition. If you have questions about your symptoms, your treatments, or your condition, you need to see your physician or practitioner. This blog represents purely my views and opinions, not those of anyone else associated with me nor my employer. Under no circumstances will I be liable for any damages, errors, or omissions here.
%d bloggers like this: